I’m often asked why it makes any difference whether election districts keep towns and counties together, or are reasonably compact.  This amusing op-ed, from the Democratic candidate running for a New York Assembly district that contains pieces of seven counties and three congressional districts, while running  200 miles from upstate New York to the Hudson Valley, provides some concrete answers:

How can anyone properly represent a district so incoherently drawn? It simply makes no sense geographically, economically or culturally; the people in the northern part scarcely speak the same dialect of English as those in the south, let alone face the same policy issues.

Take just one concern: water. The suburban areas of New Hartford, near Utica, have complex issues regarding storm water drainage and flooding, while decades of underinvestment in infrastructure has left the residents of the village of Ilion, in nearby Herkimer County, with brown municipal water flowing from their faucets. The town of Delhi and the surrounding areas in Delaware County, in the middle of the district, fret about the stifling economic effects of being ringed by New York City-owned watershed land, while in my town, one hour north, every household has its own well water and septic tank, and no municipal water services are available at all.

Drafting a districtwide water policy, or even a coherent articulation of our needs, would be nearly impossible. Similar regional complexities are to be found with any issue one might want to consider as a legislator tasked with representing this district. . . .

Counties are the natural unit of governance in rural upstate New York, and by slicing them up we weaken their ability to provide coherent stewardship. Consider the travails of the Soil and Water Department in Otsego County. In order to stitch together the resources needed for a countywide stream remediation plan, it must appeal to the good graces of four different Assembly members and a state senator.

Or consider the plight of the ironically named town of Neversink, already drowned once to create a water reservoir for New York City and now the only town from Sullivan County to be politically isolated into the 101st. Also problematic is the village of Ellenville with a large bilingual and minority population, whose current representative in Albany lives three and a half hours away by car in the suburbs of an entirely different urban area.

The consequences of districts being drawn like ours are more than theoretical. All across upstate New York, people of all political persuasions are ignored and underserved by a political system that feels dominated by the big city. Anything that adds to the frustration and confusion of voters reduces turnout and increases disillusionment with government in general. Incoherent districts drawn by our incumbents further fracture the political power of rural and small-town New Yorkers.

Here’s what the district looks like, if I manage to cut and paste successfully: 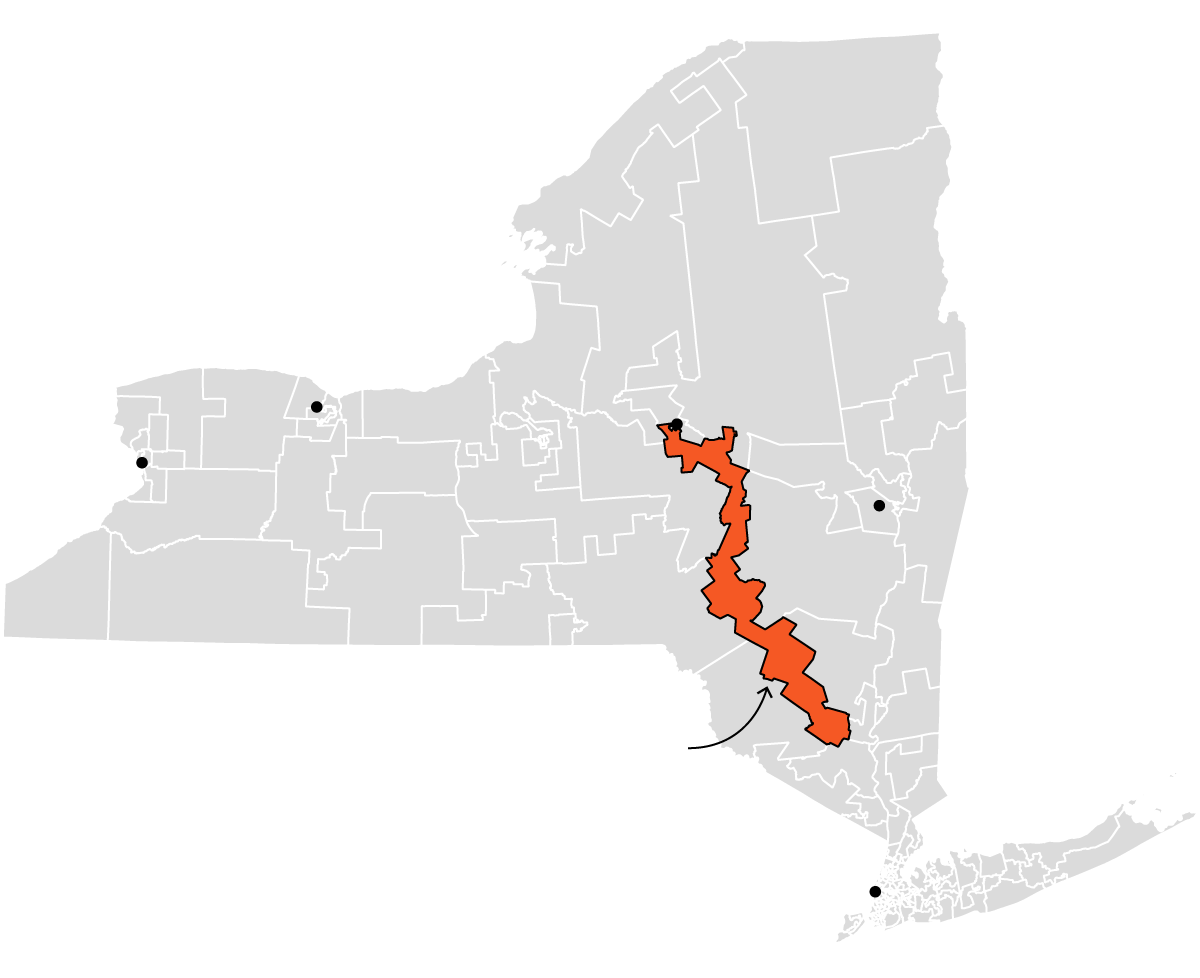