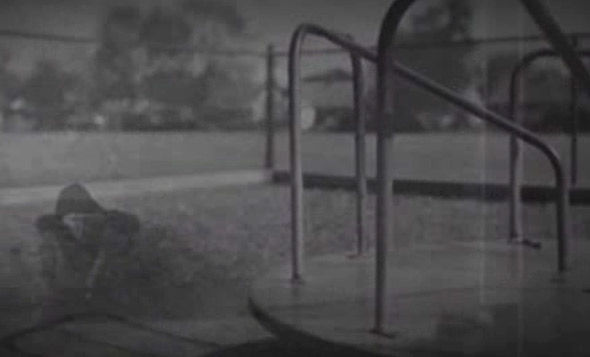 From a real live judicial elections ad, as described in the new Slate piece with Dahlia Lithwick

So reports The Daily Beast. UPDATE: TPM has the complaint. It alleges a violation of KRS 119.155, which makes it a crime to, among other things “intimidate[] or attempts to intimidate any voter so as to prevent him from casting his ballot.” That’s what the Grimes campaign alleges the flyer does.

I don’t buy it. Some people might be confused by the flyer and maybe even think they are accused of some kind of elections code violation. But anyone who reads it will see it is clearly a nasty attack ad aimed at Grimes.

Voters are not stupid nor so easily intimidated.

Let me be clearer about the Grimes suit. I see it as a publicity device to accuse McConnell of being a vote suppressor.

Yes we are knee deep in the silly season.

Dems yell vote suppression.  It is pretty low tactic, but will it really deter anyone from voting.

Roseann Romano, adding to a growing list of important student notes on bail-in, for the Iowa Law Review:

In response to the Supreme Court’s decision in Shelby County v. Holder, which dismantled the modern voting rights enforcement regime by declaring section 4(b) of the Voting Rights Act (“VRA”) unconstitutional, plaintiffs in voting rights lawsuits have sought protection from a little-used provision of the VRA: section 3(c). Section 3(c) allows courts to require jurisdictions whose voting practices violate the Fourteenth or Fifteenth Amendment to submit future voting changes to a preclearance process. However, in light of little legislative history and only one instance of judicial interpretation of the provision, courts face a challenge in determining when a jurisdiction’s behavior triggers the section 3(c) remedy. Accordingly, this Note examines section 3(c) and the legal standards applied to find Fourteenth or Fifteenth Amendment violations in voting rights cases. This Note then proposes an invidious discrimination standard for determining when a jurisdiction’s voting practices trigger section 3(c). By applying this standard to two ongoing voting rights cases, this Note argues that a less burdensome standard than the intentional discrimination standard does not dramatically depart from past voting rights jurisprudence and is necessary to strengthen the voting rights enforcement regime.

Dahlia Lithwick and I have written this piece for Slate. It begins:

If you really think about it, who among us hasn’t been accused on television of coddling child molesters?

A few years ago, in the spirit of Halloween, we created an “Evil Men in Black Robes” Halloween Spooktackular, pulling together some of the worst in scary judicial election attack ads. Well, they’re baaaaack, and some of them are worse than ever. This time it’s not just the judicial candidates literally inhabiting the pockets of special interests (although we do have a creepy pocket judge again), but also sitting judges accused of coddling child molesters, rapists, and more.

In 39 states, some or all judges must face some kind of election—often a partisan one. These races used to be about as interesting to watch as Bingo night. But now, it’s all Law and Order, and all the time. The ads are scarier than the shows they interrupt.

Post and Courier: “The S.C. Supreme Court has overruled the state Election Commission and will let the House District 114 race go forward Tuesday. However, the results may not be the final say, as the justices will allow all sides to come back later and be heard during oral arguments on whether they should stand.”

James McCann and Michael Jones-Correa write at The Monkey Cage.

WSJ: “A New Hampshire legislator has sued the state, arguing that a new law banning voters from displaying their marked ballots violates the First Amendment’s guarantees on free speech.”

I’m going to disagree with my friends at the ACLU on this one: this is justified by the government’s compelling interest in preventing vote buying.

Michael Hiltzik column at the LAT.

Another Rick Berman nugget: “You get in people’s minds a tie. They don’t know who is right. And you [, the energy industry, win] all ties because the tie basically insures the status quo.”

As a reader wrote: “Or in the case of donations to the Humane Society, the mental paralysis leads to people not getting out their checkbooks and indirectly funding the opposition to factory farming, etc.”

Season 3, Episode 1: Nate Persily: A Redistricting Season Like No Other

Identifying and Minimizing the Risk of Election Subversion and Stolen Elections in the Contemporary United States, draft dated Sept. 18, 2021