Check out this Republican operative suggesting “messaging ‘widespread reports of election fraud’ so we are positively set up for the recount regardless of the final number.” This comes from from the Guardian’s collection of leaked John Doe papers [in this Prosser file]. It shows that all this talk of fraud is all about manipulating Republican public opinion to believe that if Democrats won a close Supreme Court race, and the recall went to a recount ,that the election was stolen by Democratic voter fraud. This cynical “messaging” is sadly validating of what many of us have said. [UPDATE: This wasn’t at the time of the recall but right after the Prosser-Kloppenburg Supreme Court race which was very close and eventually went to a recount.] 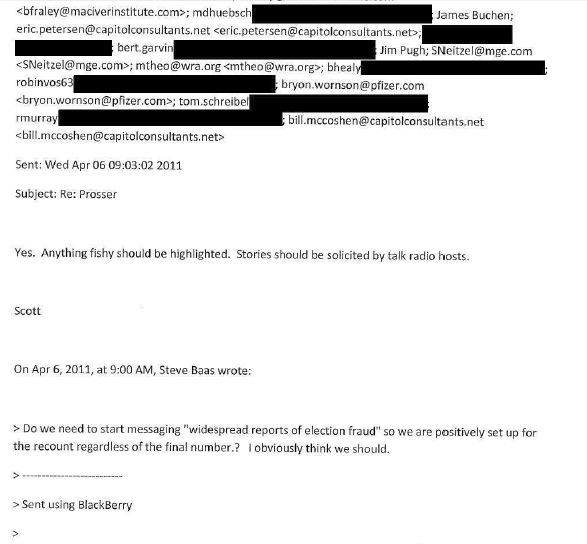