he Campaign Finance Institute is pleased to release a groundbreaking new tool, “CFI’s Historical Database of State Campaign Finance Laws”. The database covers all of the states’ campaign finance laws every two years since 1996. It is designed for everything from interactive and visualized lookups to downloadable datasets. 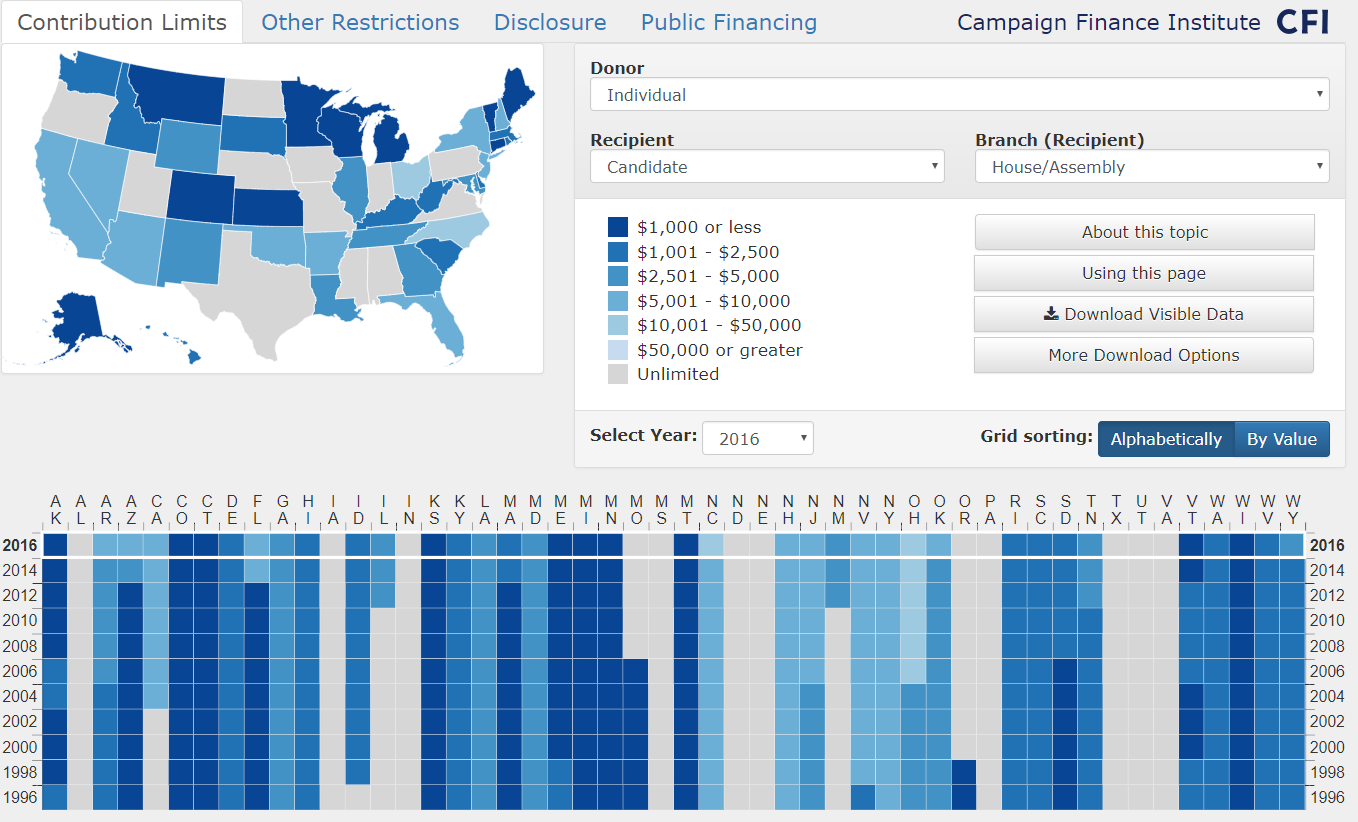 Anyone with a serious interest in politics is bound to have made, heard, or wondered about claims to the effect that the laws governing money in politics “make a difference”. These claims may be about who runs for office, how they campaign, who wins, how they govern, or what policies come out in the end. But until now it has been impossible to evaluate most of these claims properly. You cannot really understand a law’s effects unless you can compare jurisdictions with different laws to themselves and each other over time.

CFI’s new tool opens the door to let everyone make those comparisons. It covers every state since 1996 and is structured to handle queries from the simplest to the most complex. Because not everyone will want to use the tool in the same way, the material comes in two formats.

One is a remarkably compact and attractive visualization that will let users look up the answers to what we expect will be their most common questions. For example:

All of these kinds of questions can be answered through the visualization tool. But the tool is based on only a fraction of what the data can offer. The full database has literally hundreds of pieces of information for each state and year. The visualization only covers about 10% of these. The full set can be downloaded in whole, or part. It then can be manipulated or merged with other data sets at the user’s pleasure. Downloading is the first step for answering “what difference” questions. For example: