Via a Campaign Legal Center FOIA: 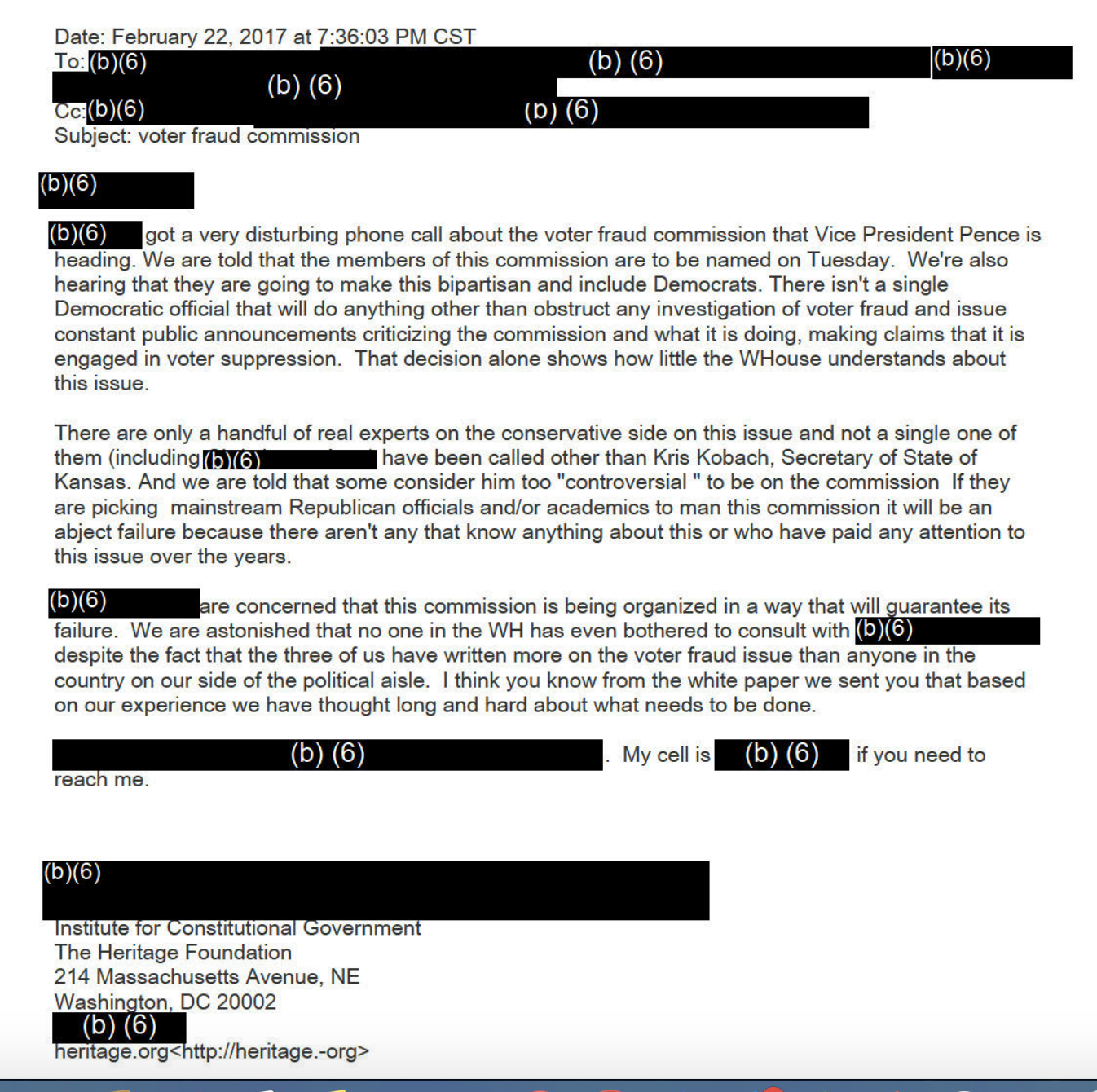 Note the reference to “the white paper we sent you” and “the three of us have written more on the voter fraud issue than anyone in the country on our side of the aisle.”  How could this not include von Spakovsky and Adams?

Update: von Spakovsky told a reporter he had no knowledge of the letter and does not believe he sent it. But Heritage confirmed he wrote it.

This is an old pattern with von Spakovsky.

Further update: See von Spakovsky Says He Did Not Send Email to Attorney General But to Others and It Was Forwarded.