The entity will resemble in part Citizens for America, an organization launched by supporters of President Ronald Reagan in the early 1980s. Led by Lewis Lehrman, a Republican New York banker, the group claimed more than 260 local chapters and drew funding from supporters including T. Boone Pickens and top executives at Fortune 500 firms, including Amway, Shell Oil and Chase Manhattan Bank. The group didn’t campaign for or endorse Reagan’s 1984 reelection, but local chapter leaders sought to rally the public for Reagan’s policies by submitting newspaper and magazine letters to the editor, calling into radio and television talk shows and mobilizing local activists to call and lobby lawmakers.

More than 30 years later, “Trump has the ability to do Citizens for America on steroids through the Internet,” said Richard F. Hohlt, a Washington-based Republican consultant and lobbyist. “They’re smart enough to know how to harness the movement to their advantage. This is going to be huge. Republicans have never had this before.”

The legal structure of the new organization is being discussed by attorneys. If the group is formed as a super PAC or set up under Section 501(c)(4) of the tax code, it could accept unlimited donations, but 501(c)(4) nonprofits are not required to publicly disclose their donors. Organizing for Action, the nonprofit advocacy group that grew out of President Obama’s reelection campaign, is set up as a 501(c)(4), but it voluntarily discloses its contributors.

From my book, Plutocrats United, on President Obama and fundraising: 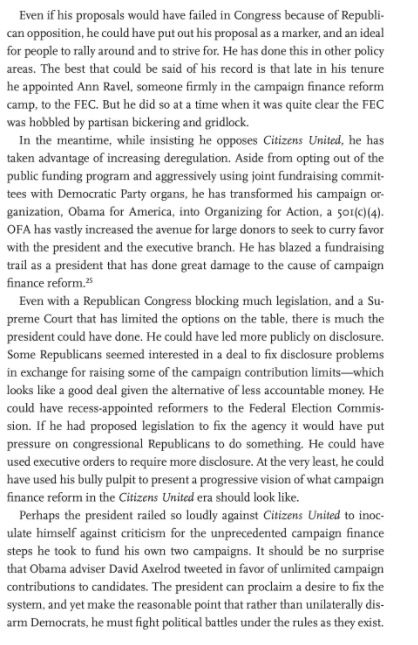