From the latest document dump, via Dave Levinthal: 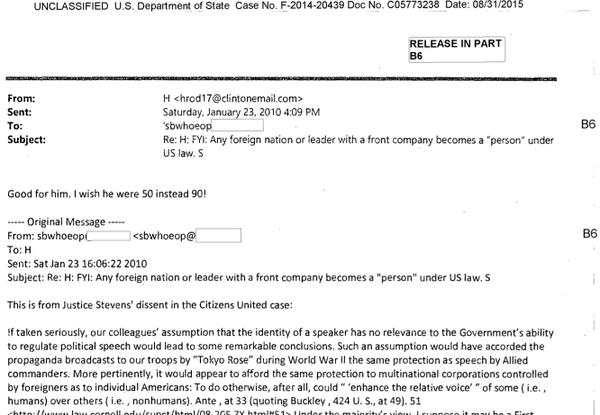 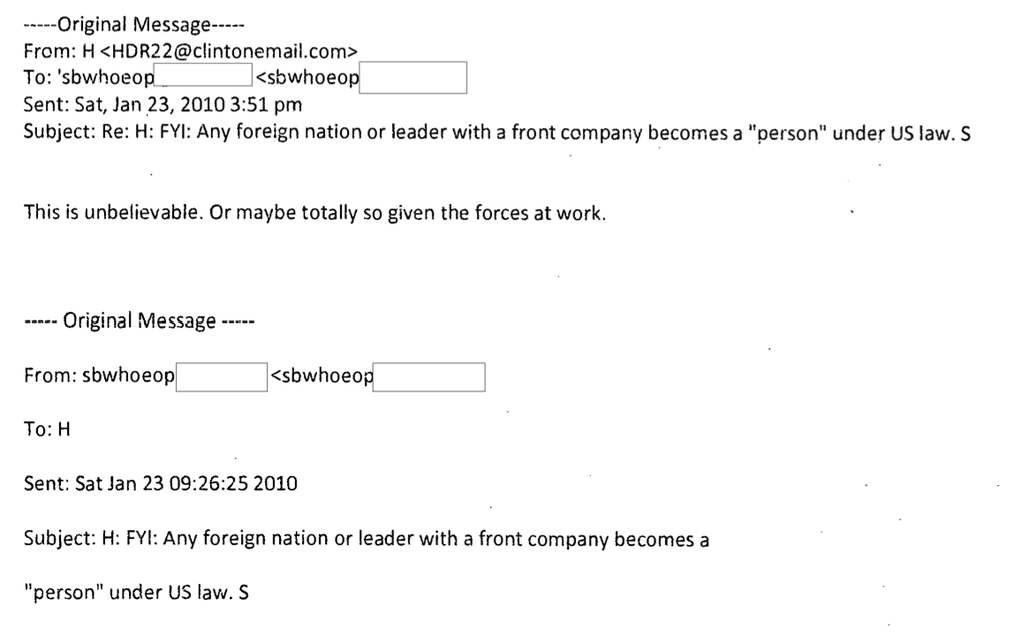 Partisan deadlocks at Federal Election Commission have been highlighted as the source of dysfunction at the beleaguered agency, but a new analysis of some of the most controversial matters handled by the FEC shows that focusing solely on the battles between the FEC’s Democratic and Republican commissioners misses a lot of what is really going on.
The analysis looked at more than two dozen closed enforcement cases dealing with one of the thorniest issues now faced by the agency—allegations of illegal coordination between nominally independent super political action committees and the candidates they support. The result: Democrats and Republicans on the FEC agreed nearly three times more often than they deadlocked on these controversial cases.
Super PAC cases are important because those organizations, which can raise unlimited amounts of money to influence elections, are becoming increasingly dominant in U.S. campaigns. In theory, at least, they are supposed to remain legally independent of the candidates they support. But, whether super PACs face any practical limits on their activities largely is determined by the enforcement rulings of the FEC in individual cases.
And, the bottom line in all of the cases resolved by the FEC so far is that the allegations of illegal coordination have been dismissed.

Overall, Lessig seems to be treating the presidency as a symbol, or simply a bulletin board on which to attach his reform manifesto. The presidency may be those things (and has certainly been used as such by many others before Lessig), but it’s also an actual job. Lessig has displayed no interest in holding it. His whole campaign is a gimmick, and this does his reform ideas no favors.

I’ve just approved the final corrections to my Yale University Press book, Plutocrats United: Campaign Money, the Supreme Court, and the Distortion of American Elections due out Jan. 12. (You can preorder at a 28% discount at Amazon.)

I’ll be doing a book tour in January and February which should take me to LA, NY, DC, Irvine, Boston, Philadelphia, Atlanta, and Miami (with perhaps more to be added). I’ll announce details in December. But I’ll be previewing the talk in the fall, with a Constitution Day lecture September 16 at Chico State and a Democracy Studies lecture October 8 at Ohio State.

Looking forward to talking about the book. Here is the book description:

Campaign financing is one of today’s most divisive political issues. The left asserts that the electoral process is rife with corruption. The right protests that the real aim of campaign limits is to suppress political activity and protect incumbents. Meanwhile, money flows freely on both sides. In Plutocrats United, Richard Hasen argues that both left and right avoid the key issue of the new Citizens United era: balancing political inequality with free speech.

The Supreme Court has long held that corruption and its appearance are the only reasons to constitutionally restrict campaign funds. Progressives often agree but have a much broader view of corruption. Hasen argues for a new focus and way forward: if the government is to ensure robust political debate, the Supreme Court should allow limits on money in politics to prevent those with great economic power from distorting the political process.

In a letter released today, 44 senators are calling on U.S. Securities and Exchange Commission (SEC) Chair Mary Jo White to act on a rulemaking petition that would require companies to disclose their political spending.

Spearheaded by U.S. Sens. Jeff Merkley (D-Ore.), Charles Schumer (D-N.Y.), Tom Udall (D-N.M.), Sheldon Whitehouse (D-R.I.) and Robert Menendez (D-N.J.), the letter states, “If implemented, the Petition would require public companies to disclose to their shareholders how they use corporate resources for political activities, bringing much needed accountability to shareholders and transparency to corporate political spending. We believe this is consistent with the SEC’s requirement for public companies to disclose meaningful financial information to the public.”

Via Chris Geidner comes this order from the Supreme Court keeping Virginia ex-governor Bob McDonnell out of jail pending a Supreme Court decision whether or not to hear his case after he lost in the trial court and the 4th Circuit. He remains on bail until either the Supreme Court denies cert. or, if it takes the case, until the end of his case in the Court.

What does it mean? To begin with, it means it is fairly likely the Court will take his case, and there is at least a decent chance he will win it (that’s because the standards the Court considers in granting a stay factor in the likelihood of a cert. grant and an eventual win in the case).  it is no sure thing. It might be that there are simply enough Justices who think the issue merits serious consideration. But it is quite rare for the Court to keep a convicted criminal defendant out of jail pending a cert. petition, and this no doubt reflects both the famous nature of the defendant as well as concern about what counts as official acts for purposes of bribery laws. The case will likely provide the Court with an opportunity to further explore the line between what counts as illegal bribery and what counts as politics as usual, a line which the Court has found more difficult to police than one might think.

Larry Lessig for president? The campaign finance reformer considers throwing his hat in the ring and proposes being president only long enough to pass a package of election reforms. What does Lessig believe about campaign finance? What other changes would he make in how we run our elections? Is his campaign strategy sound, given other reformers who have blasted his tactics?

Larry Lessig joins us for a frank conversation about Lessig for President. Larry Lessig: Bold Campaign Reformer or Don Quixote?

You can listen to the ELB Podcast Episode 3 on Soundcloud or subscribe at iTunes.