From a DOJ release:

The Office also announced today that it has previously reached a non-prosecution agreement with AMI, in connection with AMI’s role in making the above-described $150,000 payment before the 2016 presidential election.  As a part of the agreement, AMI admitted that it made the $150,000 payment in concert with a candidate’s presidential campaign, and in order to ensure that the woman did not publicize damaging allegations about the candidate before the 2016 presidential election.  AMI further admitted that its principal purpose in making the payment was to suppress the woman’s story so as to prevent it from influencing the election.

Assuming AMI’s continued compliance with the agreement, the Office has agreed not to prosecute AMI for its role in that payment.  The agreement also acknowledges, among other things, AMI’s acceptance of responsibility, its substantial and important assistance in this investigation, and its agreement to provide cooperation in the future and implement specific improvements to its internal compliance to prevent future violations of the federal campaign finance laws.  These improvements include distributing written standards regarding federal election laws to its employees and conducting annual training concerning these standards.

More details here, including about another member of the Trump campaign present at the meeting: 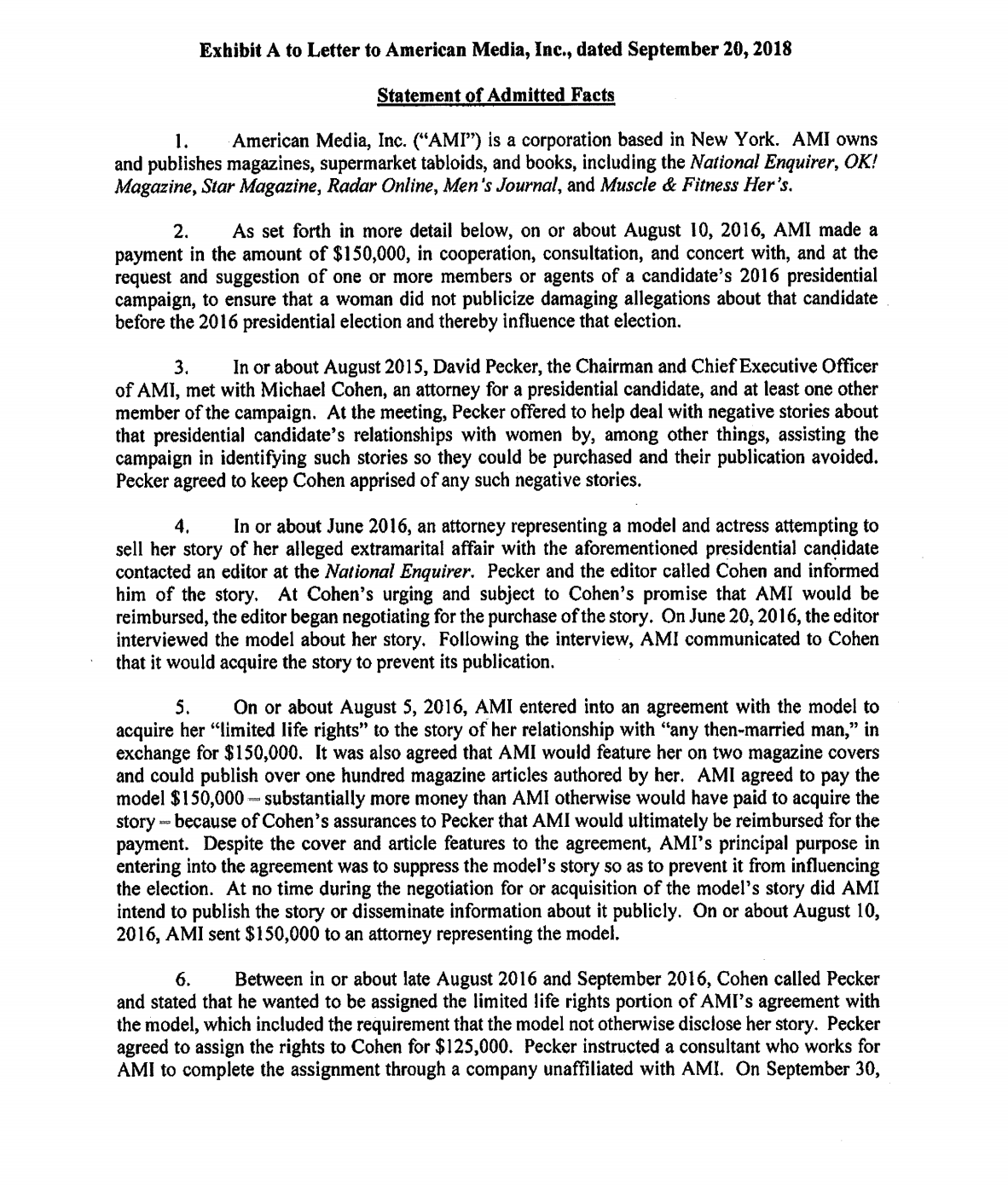 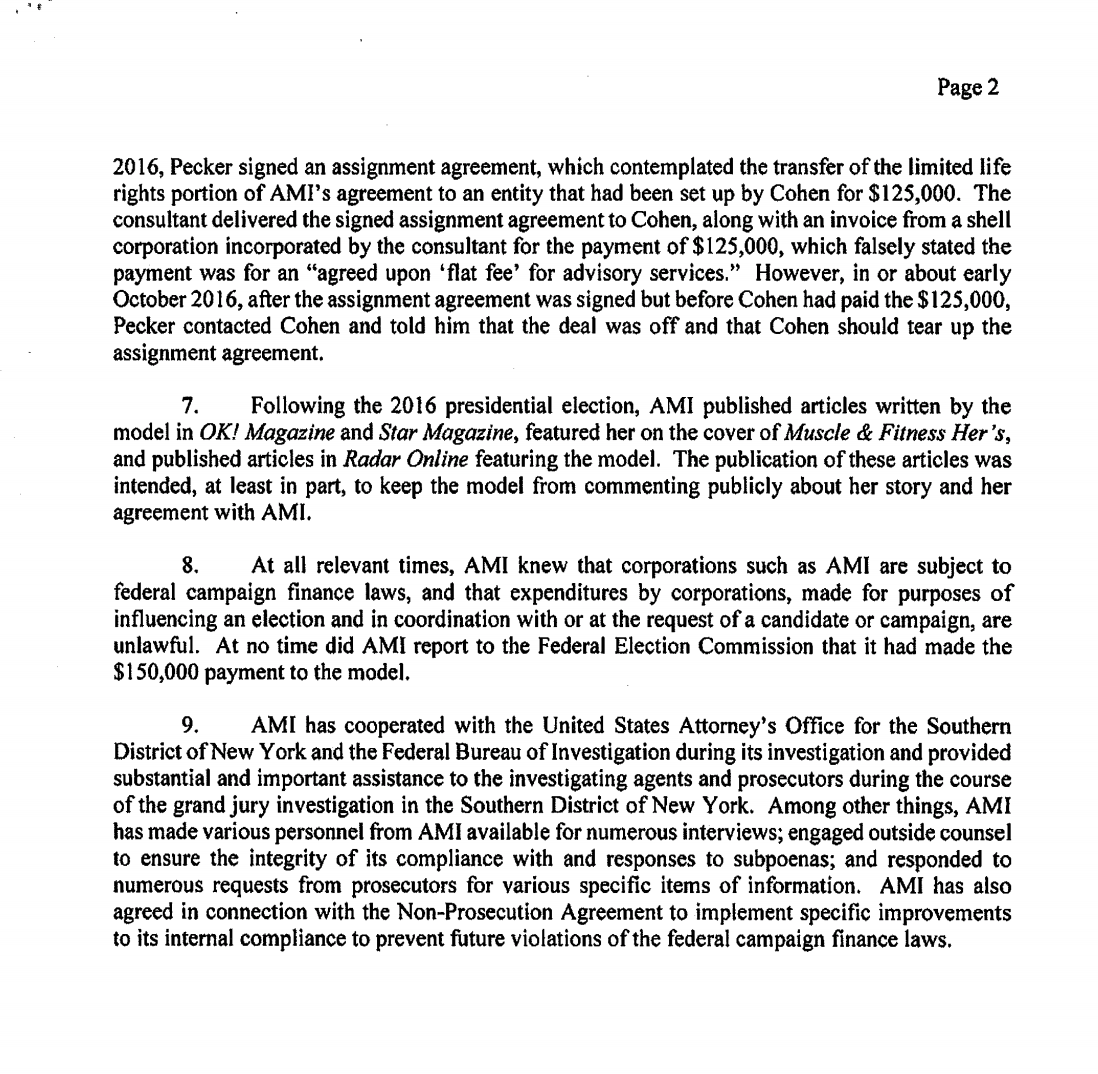